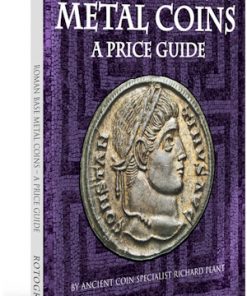 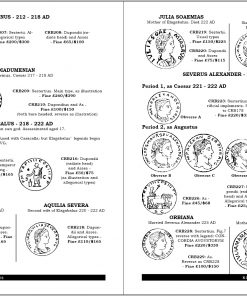 Roman Base Metal Coins – A Price Guide is published regularly and contains market values for all Roman base metal coins. The new 4th edition contains dual valuations in GBP and USD.

Roman Base Metal Coins – A Price Guide” contains British market values for all Roman base metal coins (including very base silver) used in the Republic, Imperial Empire and breakaway Gallic, British and other usurper Empires, as well as the later divided East and West Empires.

For the first time, the most commonly encountered base metal Roman coins can be inexpensively identified and some idea of value can be gained. Whether you are buying uncleaned late Roman coins in bulk, are setting out to form a collection of every emperor or are already an experienced Roman Coin collector, you will not be able to put this book down! The line drawings of most obverse types mean that the legend is clear and readable in the book, and it makes a great aid to identification, as does the alphabetical list of emperors/empresses in the back of the book.

This fourth edition includes prices in GBP and USD (at a fixed exchange rate). Also included are instructions on cleaning freshly dug Roman coins, a list of Roman mint town mintmarks, an alphabetical list of Emperors/Caesars/Empresses and information on Roman coin grading. The book is ordered chronologically, and with the introduction of different coin types clearly mentioned, together with some historical notes, it also gives an easy to follow explanation of the Roman base metal coinage and how it changed over 750+ years.

Above: Small bronze ‘Camp gate’ coin from the reign of Constantine I (The Great). These coins are listed on page 62 of Roman Base Metal Coins – A Price Guide.

Left: A line drawing, of the type used throughout the book, and drawn by the author. Not as colourful as real photographs, but there is no doubt they can often be more of a help with identification. The legends are always readable and the details are always very clear.

Note from the author: “This is a book for the collector rather than the scholar and, as such, needs to be pocket-sized and inexpensive. I have assumed that the reader will be more interested in assigning a coin to its proper period or Emperor rather than in working out the meaning of the design on the reverse and, therefore, whilst most of the usual obverse portraits and legends are illustrated, the reverses are dealt with in a much more cursory manor. This is a selection of the available material, including the vast majority of the coins the collector is likely to encounter in real life.”

1 review for Roman Base Metal Coins – A Price Guide 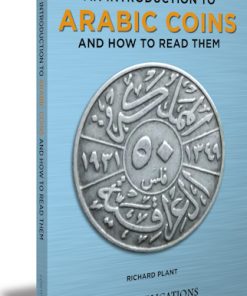 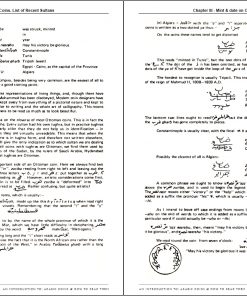 Arabic Coins & How to Read Them 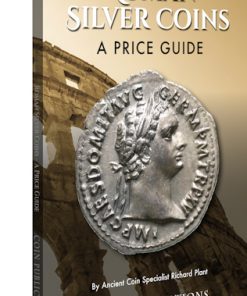 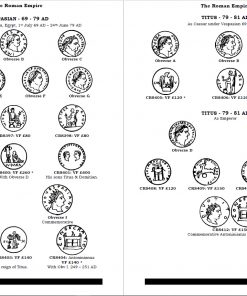 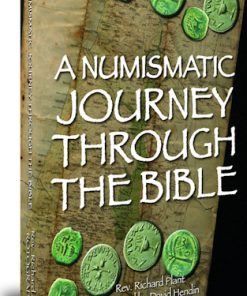 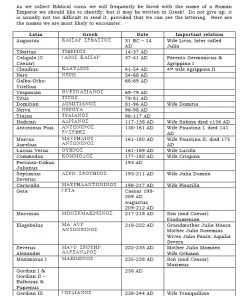 A Numismatic Journey Through the Bible